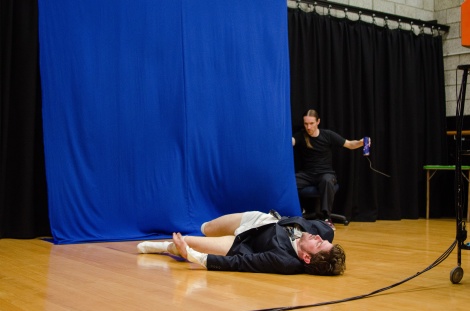 Dance Integrated Australia welcomes its new Artists in Residence, Timothy Ohl and Luke Smiles to The Corner Residency Program based in Federal.

QUT trained, Timothy Ohl is an Actor, Dancer, Acrobat, Singer and Writer. In his new work in development, ‘KING TV: A solo delusion’, decades of local and world newsworthy events flash by on TV, making up the life story of Timothy King Jnr.

Is the television just an incredible delusion or one man’s quest to document and immortalise a life lived on screen?

Timothy King Jnr is 34 years old and living in his mum’s basement. From inside this concrete bunker, Timothy records and broadcasts an entire TV channel with everything from news bulletins and infomercials to a ‘What’s Cooking’ show. Disaster is imminent, with dodgy interviews, interrupted broadcasts, false reports and the occasional missing pair of pants. One begins to wonder if KING TV is real or just the incredible delusion of one man.

Using a mixture of movement, analogue recording devices, blue screens and the inventive visual and sound effects of Timothy’s silent partner-in-crime Luke Smiles (motion laboratories_), King TV questions how and why we trust the things beamed into our lounge rooms on a daily basis.

KING TV is being supported by ‘The Corner Residency Program’, a Dance Integrated Australia initiative which supports various stages of development of independent artists work from across the country. Based at the Federal School of Arts building in the historical Northern Rivers village, just 30 mins inland from Byron Bay, these award-winning artists bring their new research to share with the local community.

Dance Integrated Australia invites people with an interest in dance, theatre and sound design to ‘The KING TV Workshop’ from 12 – 2:30pm on Sunday 23 August. The workshop will begin with a dance based physical warm up followed by sharing Ohl’s current creative development, which investigates the connections between voice, rhythm, movement and character development.

Adding to the program Ohl also invites you to observe the work in development in an open studio showing at 7pm on Thursday 27 August at Jasper Corner, Federal.

This work has been supported by Force Majeure’s Artist Development program.

To sign up for the workshop visit the Facebook event page, or email philipchannells@gmail.com or telephone / text +61 432 073 304.

Tickets for the work in development studio showing can be accessed through the Eventbrite listing. 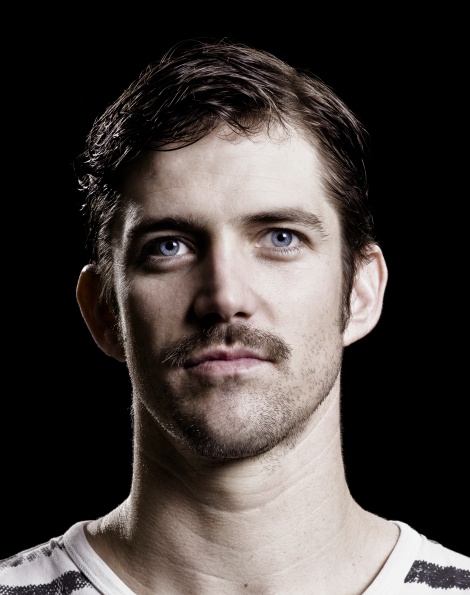 QUT trained, Timothy is an Actor, Dancer, Acrobat, Singer and Writer who has been predominately involved in Physical and Dance Theatre productions since 1997. The introduction of a Commodore 64 computer into the family home in the early 1980ʼs began Lukeʼs fascination with computers and sound. Having had no formal musical training but instead yielding to a keen interest in how things work, Luke has developed a unique rapport among choreographers & directors in the development of soundtracks for dance & theatre. Lukeʼs appreciation of cinema has inspired a diverse sound making practice and led him to work in areas including foley, sound design, sound effects editing and music composition. His work is in great demand both nationally and around the world, and has awarded him a Helpmann Awards nomination (2013) for Best Sound Design (Windmill Theatre – School Dance).