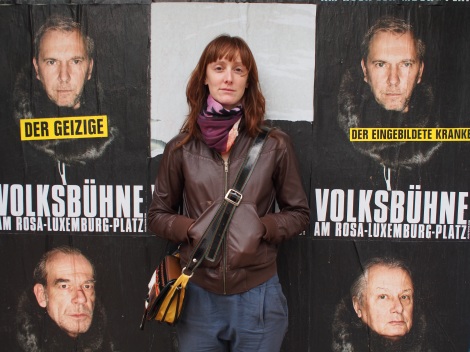 Kate Harman returns to The Corner Dance Lab as one of the creative collaborators in a team led by Philip Channells (Dance Integrated Australia) and Gavin Webber (The Farm).

In her class Impulsive action, dancers will be working through physical improvisation in an attempt to foster an awareness of impulsive actions and the possibilities that lie buried in the body. This class will encourage individual differences, and concentrate on the body directing movement rather than driven by the head. Let the body make the choices and surprise yourself with where it takes you.

The class starts slowly, from an internalised viewpoint, and moves outwards, encompassing the smallest of movements to the largest, always responding and listening. It cultivates moment to moment awareness and choice, a non-judgemental approach to movement and the richness of immediate impulses. It is a class that nurtures the deepest of creative impulses, the ones that lay beyond the mind.

Kate Harman is a dancer, performer, choreographer and collaborator living who has created and performed in works within the realms of dance, theatre, circus, performative installation and in projects created with amateurs and young people.

Kate was awarded her Royal Academy of Dancing Solo Seal in 2001 whilst studying at the Queensland Dance School of Excellence/Kelvin Grove State Collage. After completing her dance training at the Queensland University of Technology Kate spent four years at Dancenorth under the Artistic Director of Gavin Webber. In 2007 the company presented her first work, This you made of me, created with Alice Hinde.

Relocating to Germany in 2009, Kate joined PVCtanz (Physical Virus Collective). At PVC she worked in theatre and dance productions with Directors Christoph Frick and Tom Schneider, and Choreographers Gavin Webber, Grayson Milwood and Graham Smith. Her works, You’re a Winner! and Horror Bootleg have been presented by Theater Freiburg, Theater Heidelberg and PVCtanz Germany.

Freelance since 2011 Kate divides her time between Australia and Germany continuing to work with Grayson Millwood and Gavin Webber as a member of THE FARM, Gold Coast’s new flagship dance company. She also works as a guest artist with Theater Freiburg and Klara Theater, Switzerland whilst continuing her own work and collaborations within Australia and abroad.

Kate has been working out of the Gold Coast since 2013 and is currently involved in the creation of Cock Fight by The Farm, produced by NORPA and Performing Lines, and Parlour with Alice Hinde.