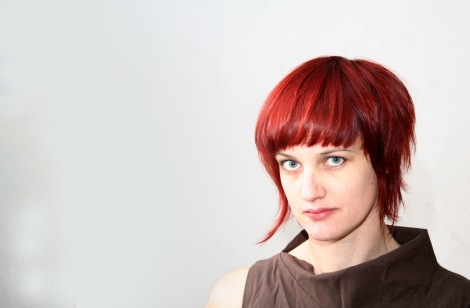 Having recently worked with Dance Integrated Australia at the ‘Beyond Technique Residency’ at Bundanon Trust, Lee-Anne Litton returns to Federal as one of the artistic collaborators and mentors for the second installment of The Corner Dance Lab.

“Contact Improvisation is a dance from based on the spontaneous interaction between two moving bodies that seek to remain in physical contact.”

Lee-Anne’s class will explore the kinaesthetic possibilities of two bodies moving together in such a way. We will depart from some basic CI principals and techniques to give the dancers vocabulary for spontaneous and playful physical dialogues whilst working on extending the range between the extremes of stillness and highly energetic exchanges.

Lee-Anne Litton is Sydney-based performing artists originally form Perth, Western Australia. She spent her childhood training and competing in rhythmic gymnastics, as a young adult she developed her skills in contemporary dance, acrobatics and aerial techniques. Lee-Anne has extensive aerial training specialising in elastic rope and harness work along with other static aerial apparatuses. She has a strong investigation and passion for Contact Improvisation, which informs her work both on the ground and in the air.

Lee-Anne has been a Stalker company member since 2009; she was involved in the development and presentation of David Clarkson works Encoded and Pixel Mountain, which she has performed both nationally and internationally.

As an independent artist Lee-Anne has also worked across the globe with other Australian physical theatre companies, including her own, Strings Attached.

Lee-Anne’s curiosity for integrated dance has been developing since she had the opportunity to collaborate with New Zealand’s leading integrated dance company, Touch Compass Dance Co, through a shared investigation in contact Improvisation and elastic rope.

In 2014 she worked with Dance Integrated Australia as a teacher at ‘The Corner Dance Lab’ at Federal’s Jasper Corner and as Co-facilitator and Solo Group Leader at the “Beyond Technique Residency #2” at Bundanon Trust. She also mentored Chanel Leaudais in her choreographic research “exploring biomechanics and gravity in an integrated dance setting”, which was a part of a DirtyFeet Choreographic Lab.