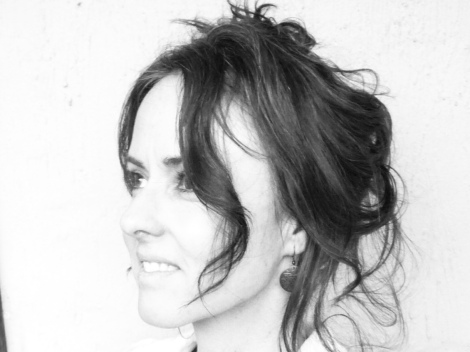 This year I have been informed that the structure of our time together has evolved reflecting feedback from last years participants. It’s encouraging to see The Lab mature and grow as we learn off each other the many ways we need to be supported as individuals  to share our gifts together.

I will be looking forward to a collaborative role sharing my experience as both artist and Sign language Interpreter with choreographers. The Deaf Community has taught me many things and I will be presenting my experience in a workshop. Lets open up discussions on how we can strive for more inclusiveness in creative sessions with Deaf artists.

I am excited to return to The LAB  for 2016. Last year was my 1st time and I found The Lab to be a wonderful and challenging experience. It was a  great collective of inspiring people across multi art forms sewing many magical seeds for future work. With dance and movement as our guide it was a fantastic way to start the new year. Alison Toft

Alison Toft graduated from Newtown High School of the Performing Arts in 1991. She is currently a NAATI accredited Auslan Interpreter and independent artist from the North Coast of NSW. She holds a BA majoring in dance (UWS Nepean) and a Diploma of Interpreting English / Auslan from the Southbank Institute of TAFE, QLD.

Alison works as a community, educational and medical Interpreter in organisations including Arts Access Victoria, R.E.D. Inc. and The Deaf Society of NSW. She has worked in a variety of settings such as art galleries and dance rehearsals.

Through exploring the relationships between Auslan, music, poetry & dance, Alison has created some unique work performing at events including: Splendour in the Grass, Manly Arts Festival, Sydney, Woodford Folk Festival (2000 – 2006) signing with musicians such as Kristina Olsen and Stringmansassy. She has performed at a variety of CD launches, community choirs and benefit concerts including a disability conference, ‘Out of the Spotlight’.

In 2005 Alison was involved in a company called Round Angle. This was a sensorial theatre company working with Deaf, Deaf Blind and Hearing actors. The project Sauce/Source went on to receive a Tilt Award. She has trained and worked with Janis Claxton, studied under Greg Sheehan, Cheryl Hazlewood, Kathryn Riding and performed in The Byron Bay Theatre Company’s Macbeth, A Carmen and in 2013 The Theatre Project’s, The House of Bernada Alba, which were all directed by Rob Owens.