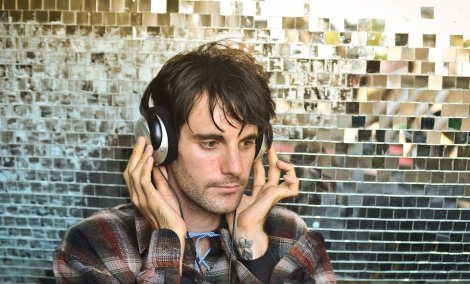 The Beyond Technique Residency is on again at Bundanon Trust’s Riversdale property 1 – 8 November 2015. Joining the artistic line up this year is Sydney-based composer, James Brown.

I’m looking forward to teaching and collaborating as part of the Beyond Technique Residency. In my experience these intensive times away from your normal routine to study, create, experiment and perform produce the most interesting ideas and satisfying creative experiences. James Brown

Expressions of Interest are now open so take advantage of the Early Bird price to receive $100 discount. You can find the Expression of Interest form here.

James Brown is a Sydney based composer and sound designer. He has worked collaboratively with companies both locally and internationally to produce soundtracks for performance, film animation and games.

This project has been assisted by the Australian Government through the Australia Council for the Arts, its arts funding and advisory body, AMP Foundation and Bundanon Trust. This project is endorsed by the World Dance Alliance. Dance Integrated Australia is an Associate Organisation of Ausdance NSW 2016 – 2018.