Have you always wanted to learn how to write a great story?

Every life is interesting. Stories are inevitable in every person. Writing for performance is no different from making a chair. You take your raw material – your life. You shape it to your design – the adventure of your character(s). You use tools – a map of your tale, the problem to be solved, the character to know.

Raconteur and local Mullumbimby identity, Mark Swivel will share his approach to writing monologues and routines based on life experiences. In performance it all seems loose and spontaneous. Don’t tell anyone – but it’s a trick! In Week 1: you will explore approaches to telling and designing stories. In Week 2: you will share and reflect on work from the group that applies these ideas.

Theatre is social. It brings people together. This includes comedy and storytelling. Stand up and monologues cannot work without other people. A show serves the community. And … this community is full of great stories and great storytellers. These workshops can help push a few fabulous stories a little closer to the light! Mark Swivel

Who: For anyone of any age interested in writing their story.

This is an accessible venue for people with mobility impairment.

Join us – Expressions of interest are now open! 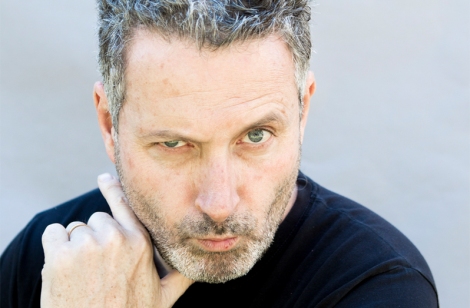 Mark Swivel writes for money and for love. Plays, monologues, comedy, articles, essays, podcasts, even match reports for my local football team. He has had plays professionally produced including: Water Falling Down premiered at Queensland Theatre Company and had a run at B Street in Sacramento. Mark sees writing as a skill that provides valuable social glue for our communities. Many of our best writers do not write for a living. People forget that Chekov worked as a doctor all through his career as a playwright! Mark trained at NIDA, a long time ago, and has worked mainly as a lawyer. He is the company secretary at Enova Energy and a director of Spaghetti Circus (Mullumbimby).

Most of his writing now is for solo shows. In 2015-16 he presented How Deep Is Your Love?  A story about his adventures in microfinance in Bangladesh. This solo work toured all over Australia… from Melbourne to Darwin and from Brisbane to Sydney. Phillip Adams interviewed Mark on Late Night Live about it and gave him a koala stamp. In 2016-17 he toured Dad. Joke, a funny and poignant show about being a long-distance dad. That got him on to television and he hosted Studio 10 one day with Ita Buttrose.

Mark is the MC for Dustyesky, the leading genuine fake Russian choir of the Northern Rivers, based on Mullumgrad. He has a radio show with Bay FM, (Banterstan, Monday nights at 10pm) and the Sound Lounge with Jo Shoebridge on ABC 94.5. Recent podcasts include: Terry O’Connor. Pool Engineer and Chewing the Fat.

‘Raconteurs’ is a 2-week, multi art-form, process-driven workshop intensive designed to develop new skills for participants with a view to encourage future collaborations between emerging and established artists living and working in the NSW Northern Rivers region and fostering new relationships with guest artists from further afield. 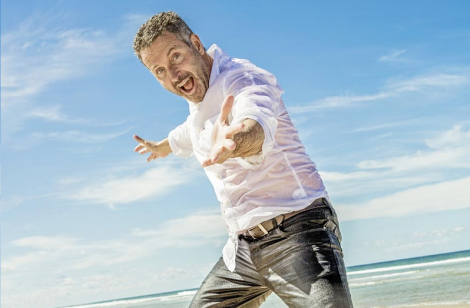